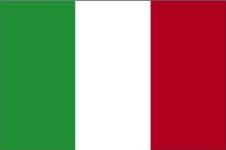 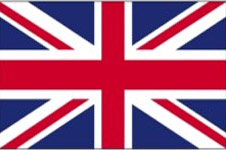 The villa, the stairway and the landscaped garden were built for the Clerici family towards the end of 1600. Later it became property of Count Sommariva, who partially modifi ed the style of it under neoclassical infl uence, and after that it passed to Princess Marianna of the Netherlands, who gave it to her daughter Carlotta as a wedding present. Inside there is a significant museum that collects statues, paintings and original neoclassical furniture, amongst valuable sculptures by Antonio Canova and canvases by Francesco Hayez. On the second floor there are eighteenth century decorations and rooms with period furnishings. In the garden it is possible to admire trees and plants coming from every part of the globe: citrus arbours, mighty camelia hedges, austral arbored fern, palms, tropical plants, rare centennial conifers and bamboo collections. In springtime (April-May) it is possible to see an incredible azalea flowering of which there are circa 150 varieties at the villa. From the gardens and the terraces of the villa the view looks out to the centre of the lake, Bellagio, the Grigne and the Legnone. Tremezzo – Via Regina 2b – Phone No. +39 0344 40405 – Fax +39 0344 43689 – www.villacarlotta.it

It is an ancient convent and a patrician residency. The garden is rich in exotic plants, with statues, little temples and balustrades. The name of the Villa comes from the ancient Cistercian monastery of Saint Mary, probably founded in 1200. In 1567, the monastery was suppressed by the cardinal Federico Borromeo and was transformed into a private mansion. From 1953 the Villa hosts scientific, administrative and cultural courses and meetings, today managed by the Province of Lecco through Istituzione Villa Monastero as its operating body. www.villamonastero.eu

Built in 1605 and located in the high part of Bellagio this villa belongs to the Rockfeller Foundation that utilizes it for conferences and studies. The big park is accessible to the public and occupies a great part of the headland with pathways that last for almost 18 kilometres. It is possible to see cypress and olive trees mainly, hedges that outline the terraces and the geometrically landscaped flowerbeds. The views overlook the two arms of the lake, with views of extraordinary beauty. You can admire the gardens of Villa Serbelloni from April to October joining a guided tour at 11.00 and 15.30. The visits are cancelled in case of bad weather. Groups have to book in advance. Bellagio – Phone No./Fax +39 031 951555/031 950204 – www.bellagiolakecomo.com – info@promobellagio.it

On the lakeshore in Bellagio, this villa was built for Duke Francesco Melzi d’Eril and today is still a private property. The project was given to the architect Giocondo Albertolli and the works were carried out between 1808 and 1810. The spectacular garden is open to the public for visiting. It was achieved by adapting the ground with terraces and rises, adding tropical and exotic essences, valuable sculptures among which stands the famous group with Dante and Beatrice, a Moorish temple and a Japanese pond. Even the “orangerie” is today transformed into a small museum and you can also visit the family chapel. Bellagio – Via Melzi d’Eril, 8 – Phone No. +39 339 4573838 – www.giardinidivillamelzi.it –

On the Lenno headland there is the breathtaking Villa of the Balbianello, built in 1700 on the orders of Cardinal Durini, incorporating an ancient monastery. Today it is property of the FAI (Italian National Trust) This is one of the most stunning corners of the lake. The wonderful panoramic lodge overlooks Bellagio and the Comacina island. On the highest floor of the property there is a unique museum exhibiting the art collections and travel memoires of the former owner, explorer Guido Monzino, who was passionate about expeditions and a man of great knowledge. In his will the villa was left to the Fondo per l’ Ambiente Italiano (Italian Environmental Foundation) as a testamentary legacy. The garden is characterized by terraces and balustrades and accurately follows the shape of the rugged ground, formed by steep rocks in some points it is more and milder, more gentle slopes in others. On Thursdays and Fridays it is necessary to use the boat service, from the lake front at Lenno. Località Balbianello – Phone No. +39 0344 56110 – www.fondoambiente.it

The history of Piona begins in 610 A.D., when an oratory devoted to Saint Justina was built on the peninsula. It was consecrated in 1138. Next to it there are the ruins of another Romanesque building, of which only the apse remains today. In the 1960s it became Abbey. The trussed nave has marble lions and frescoes dating back to the 12th and 13th century. It is also possible to enter the stunning cloister (1252-57) surrounded by refined columns and decorated with paintings from different periods, among which there is a rare calendar fresco.

The extraordinary Romanesque church of S. Maria del Tiglio, that stands approx. 800 m left of the boat dock of Gravedona, is one of the most important Romanesque buildings of the province. Built in the XII century it preserves precious frescoes of the 13th centruy and a wooden crucifix of the 12th century. The wall face with grey, white and light pink stones and the articulate interior with blind arcades and loggia are extremely beautiful. Tel. 034485261

Neoclassical temple built in 1927 in honour of Alessandro Volta, the Como born physicist who invented the battery. The Museum houses a varied mix of items related to his life and a rich display of scientific instruments showing his researches and experiments in the field of Physics, among which the first voltaic pile. Special features: events and workshops for children. Volta Museum

The Museum presents a true account of the history of Como’s famous silk industry. Through its display, it highlights the silk’s journey from silkworm breeding to the finished fabrics. The museum holds many interesting machinery and instruments. It also features a virtual catalogue containing files, collections and archive material to consult. Silk Museum

In 1912, the high commander of the Italian Royal army, before the Grande Guerra (The Great War), initiated the building of a fortress on the Montecchio hill, along the short piece of coast between Colico and the mouth of River Adda. The fortress was completed at the end of 1914 and represents the most technological Italian innovation of World War One. Its four cannons are still there today and are the biggest in the whole Italy; the cannons still function perfectly and can fire at a very long range, with great precision. For information: Museo della Guerra Bianca: Phone No. +39 338 5926220 – www.museoguerrabianca.it – info@museoguerrabianca.it

In ancient times the aerea between the Adda river and the Mera river at the Northern end of the lake was considered to be very important for its strategic position; the marsh was drained by the Romans and was occupied by Spanish encampments for the entire XVI century from which is how this area became named the Piano di Spagna (The Spanish Plain). The Spanish defensive mainstay was the fortress of Fuentes, located on the long isolated headland that rises from the plain, and controlled the last section of the river Adda. For information: Museo della Guerra Bianca – Phone No. +39 338 5926220 www.museoguerrabianca.it – info@museoguerrabianca.it

This ancient manor-house from the XI century, can be found in Vezio, a hamlet of Perledo above the town Varenna, a medieval village. Today the castle of Vezio appears as a square based fortification with tall walls and a central tower accessible from a functioning drawbridge. Over one thousand olive trees surround the construction. Unique to the castle is the presence of trained birds of prey devoted to their falconer, who entertain the public with spectacular demonstrations. The castle of Vezio was part of the fortification network that were built along the ancient communication routes that ran along the lake and allowed access to the valleys. From march to the beginning of november it is open everyday from 10 a.m. to sunset. The castle may remain closed in case of bad weather. Almost every day there is a falconer in the gardens of the castle who allows visitors of the castle to assist in training sessions and breeding of the birds of prey. For information: Tourist Association Vezio Castle Phone No. – +39 348 8242504 – Mobile +39 339 2935667 www.castellodivezio.it – info@castellodivezio.it